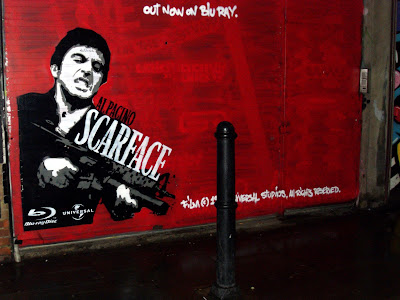 From time to time I'll be looking back at the best of 'Bollards of London' and although this bollard in Brick Lane London (left) was pretty average even bland the picture I saw that night was just perfect of 'Tony Montana' from the film 'Scarface'.

Look at the angry face and the direction of aim of assault rifle, a near perfect set/scene for this oh so bland bollard.

Another feature that was pretty well received by 'followers' of the original blog was #guestbollards and I have once again to thank @msuguydon on the twitter for a rather interesting Dublin bollard (below) he found on his travels (plus a few pubs). The bollard looks like it is a more stumpy in size with a pebble dashed finish, made from concrete with a low domed top and three bands on body which would be for finish look only. 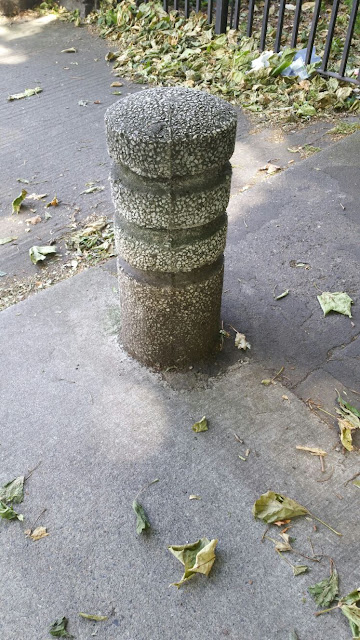